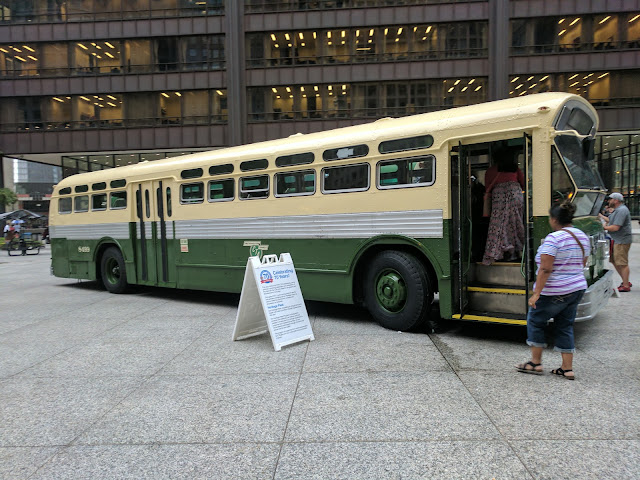 Earlier this month, the Chicago Transit Authority had a neat display of both modern and vintage buses set up at Daley Plaza right next to the Picasso for people to check out.   The buses ranged from one built in 1960 (that you see above) to a brand new one out on the street today.  I didn't go on the buses, but you can see people boarding them, which is kinda nice.  The oldest one is the coolest looking of the bunch that you can see below, isn't it?  Also, the green and cream are lovely to look at, aren't they?  The blue ones could be buses from Champaign or Chicago.  There's nothing making them unique. 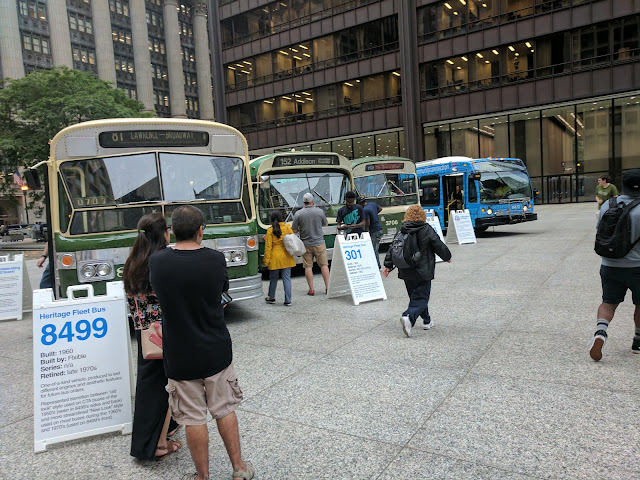 The display was part of the CTA's 70th anniversary celebration.  From WGN:


The CTA will display three of its vintage buses on the Daley Plaza Monday and Tuesday as part of its 70th anniversary celebration.

Many of them still have the old ads that used to grace their inside walls.
CTA historians will be on hand to answer questions about the old buses.