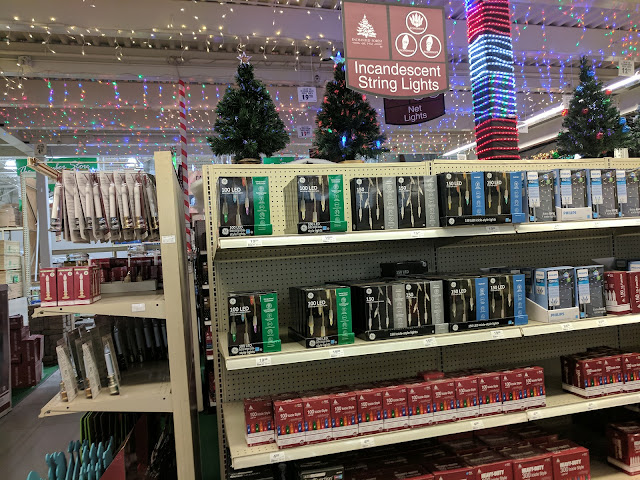 Almost one year ago to the day, I posted a photo of Menards Christmas Creep showing up at the Melrose Park location.  I remarked last year that they had most of their Christmas stuff up, but not the full 'Enchanted Forest' and I was surprised.

This year?  I'm no longer going to the Melrose Park location, but instead now head to Bolingbrook most often.  And that has the old store layout.  And that means that they still have the Halloween stuff up in the seasonal section, but they've converted a lot of the patio furniture area into Christmas decorations that you see above.   It is mostly lights, but there are a few blowmolds scattered around.  No inflatables, though. 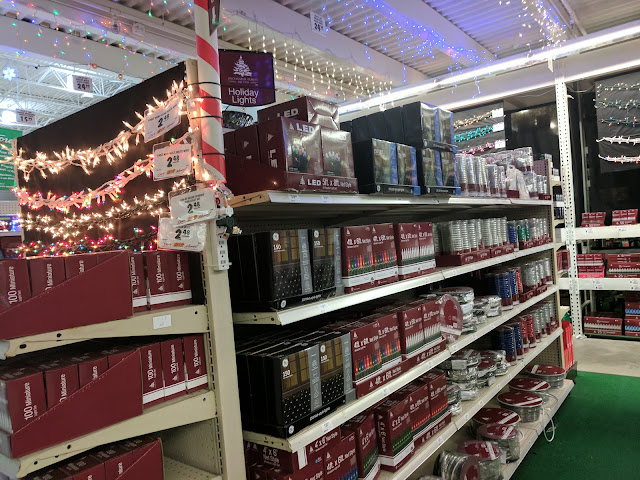 I only had the King of the Ball Tossers with me and had him strapped into the cart, so there wasn't running around the aisles like there was last year.