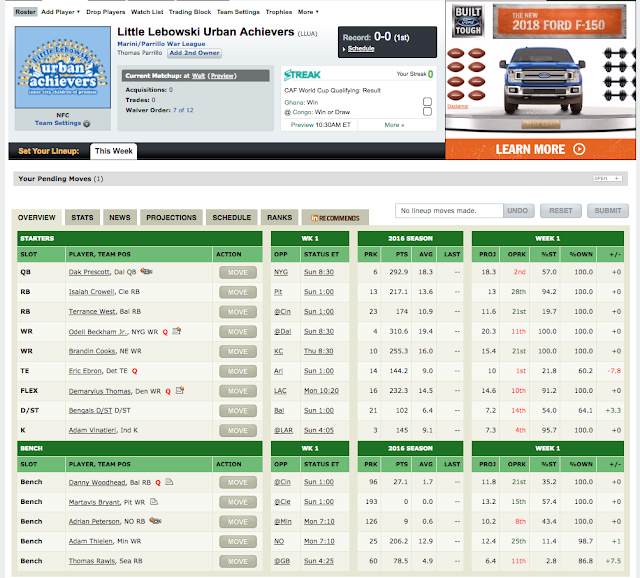 I'm laying out my current fantasy football roster - the 2017 Little Lebowski Urban Achievers - for all to judge, mock and critique.  Our league - The Marini/Parrillo War League - is run with an iron fist by the Commissioner Equation Boy/Man and includes my nephews, my Dad, Equation Boy/Man's Dad and nephews on that side.

My team was totally auto-drafted as I've done in the past and it usually doesn't turn out amazing.  The league is pretty low stakes and because I put in *just* a little bit above the minimum effort in sorting out the buy weeks and inactives, I usually sneak into the playoffs and win maybe one round before being taken out by one of the boys who is all over his team with weekly tweaks and roster moves.

The team - lead by just one QB in Dak Prescott and WR Odell Beckham Jr (who was the first pick by the computer) has a bunch of guys I've never even heard of!  So, there's that, which is nice, right?