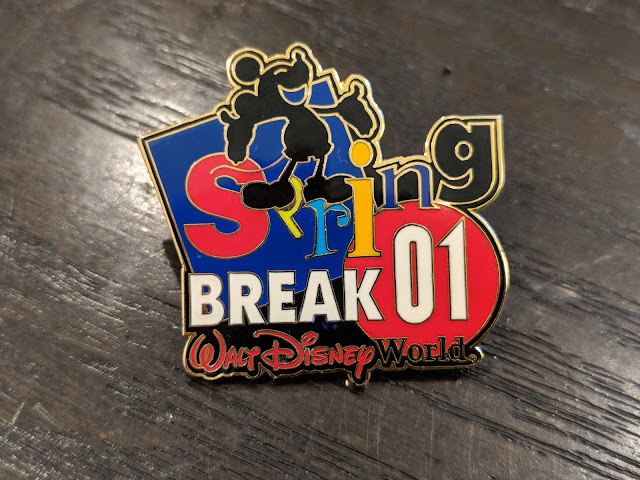 Here's another Disney pin that the kids traded for recently on a trip down to WDW.  Part of a recent series including this Pumba one and this Stitch one among others.  This one, acquired in the past six months is - as you can see - from 2001.  Now, what would possess someone to buy this pin back in 2001, hold on to it for 16+ years only to bring it back down to WDW and trade it away for, likely, some scrapper?

Just like this one from Disneyland that marks the opening of Toy Story Midway Mania back in 2008, someone decided to part with their prized pin many years after the fact.  I kinda get the idea of bring back pins to trade, especially if you don't come very often.  As a kid, your tastes change year over year or what-have-you, so if you have a lanyard of pins that you don't care about, I can understand wanting to bring them back to swap them out.  But 15+ years?  Wouldn't you just want to keep this one as a part of history?  17 years mean that at the youngest, this person is like what...18 or 19 right now?  Probably more like 24 or 25.  Hmm...maybe I'm just more sentimental than most?
disney disney pins pin trading spring break walt disney world wdw