Back in November of 2020, McDonalds had a Happy Meal promotion with Walt Disney World that featured ride vehicle toys from the parks included in each Happy Meal.  The promotion started (I think) right before Thanksgiving, but by the end of the month they stopped selling the toys due to an error of some sort with the QR code that came in the package.   Of course, when they released these, we ran out to get a Happy Meal for the kids.  They gave us two of the same toy (Goofy) and one Mission Space toy (Mickey). 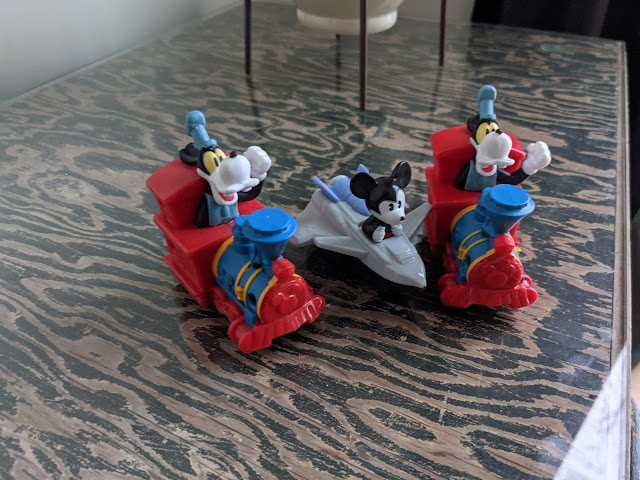 The ones we have are marked "Walt Disney World" and the Goofy one is from the newly opened (at least...new to us, since we haven't been to the Parks since the pandemic hit) Runaway Railway ride at Disney's Hollywood Studios. 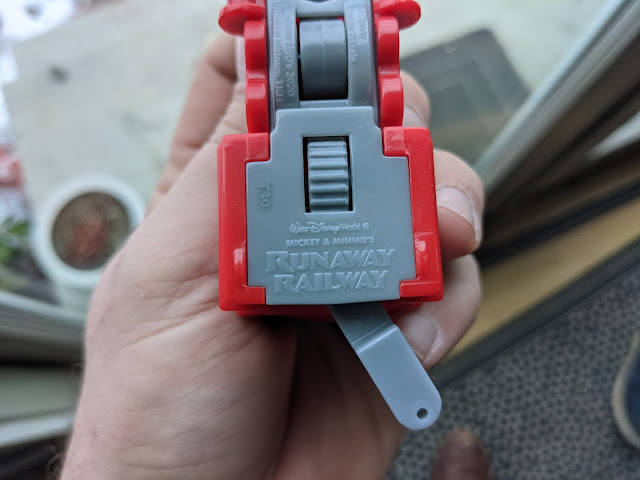 The Mission Space one is from the ride in Epcot below. 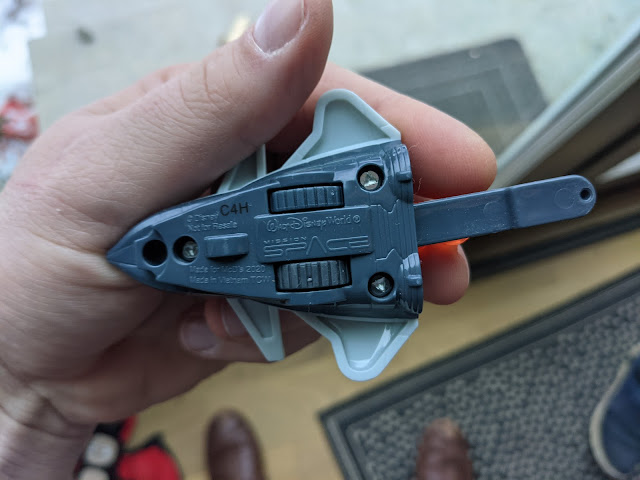 You can see all ten of them here from WDWNT.  Wonder if they'll ever bring the toys back?

They kind of remind me of these Disney Matchbox cars that I have from when I was a kid.