Walt Disney: I believe in being an innovator. 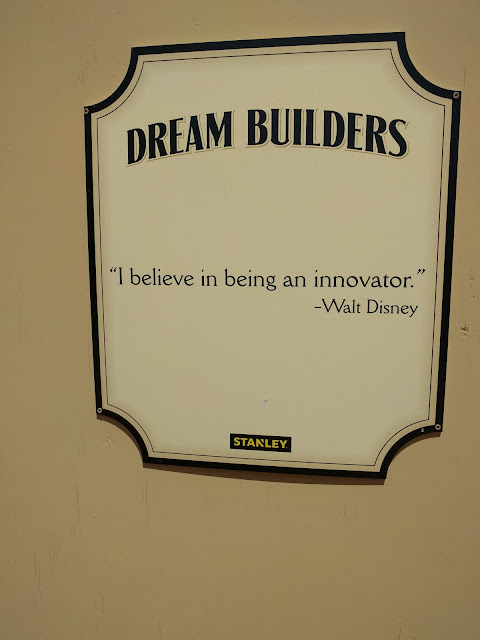 Yesterday, I posted a photo of a Walt Disney quote from a construction sign.  Today is another.  This one rings true, doesn't it?  Or maybe is just a massive an understatement from Walt himself.   This is from the same wall that the "everybody needs deadlines" quote sign that adorned the Disney Skyliner Station construction site outside the backdoor of Epcot at the International Gateway.  You can peek at this post and see that the signs are the same theme.


"I believe in being an innovator."

Full archive of the Walt Disney World construction signs (cleverly sponsored by Stanley Black and Decker) featuring quotes from Walt Disney can be found here.  This is the seventh in the collection.

One other thing that they've added to the construction wall since we were last there is this Disney Skyliner sign that shows some of the art on the gondolas and the map of the Skyliner. 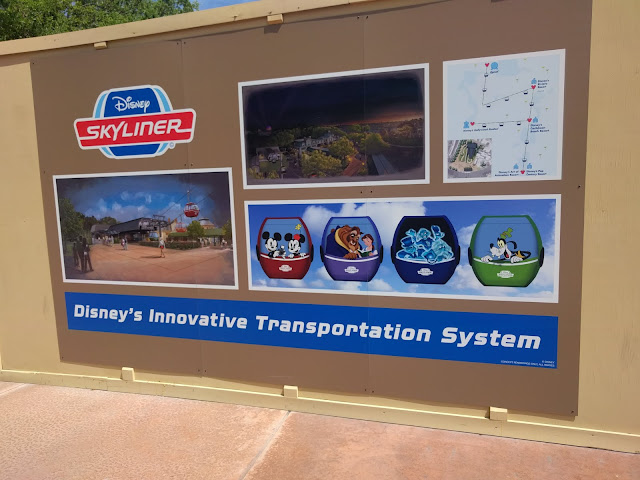 Nat and I were talking and she pointed out something:  we're going to be happy this this new transportation system exists.  But only kinda.  We don't ever stay at the resorts that this services and...we love the little (feels like a secret to us) International Gateway entrance to Epcot.  We like staying at the Boardwalk or Beach Club.  And the entrance to Epcot via the backdoor feels like a nice, easy way to enter the park that is unlike any other entrance to any park.  With this being installed right at the Gateway, this 'backdoor' isn't going to be so secret any longer (not really secret, I know...just feels that way to us when we use it.  Shhhsh.)
disney construction disney signs disneyworld epcot quotes skyway stanley walt disney wdw
Location: International Gateway, Orlando, FL 32836, USA