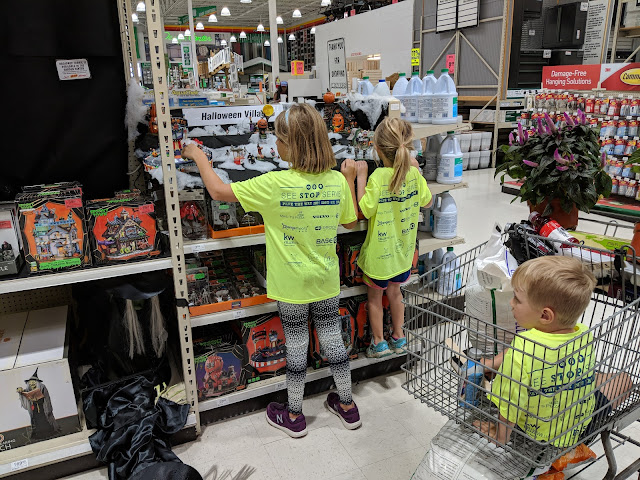 Marking the seasonal shift through the introduction of Halloween stuff at our local Menards.  And documenting it with a photo of the kids.  Here's all three of them:  The Babe, the Bird and the King of the Ball Tossers.