Posted by Jake Parrillo on April 25, 2020
Earlier in March, posted a few pennants from my childhood including this 1984 Illini Rose Bowl beauty, this vintage totally 80's Epcot Center pennant and this pair of Chicago Sting ones from their time at the Rosemont Horizon.

Today comes a pair of Chicago Bears pennants from 1984 and 1985:  both featuring NFC championships.  The first one is from 1984 - the year BEFORE THE YEAR - when they (apparently) won the 1984 NFC Central Division Championship. 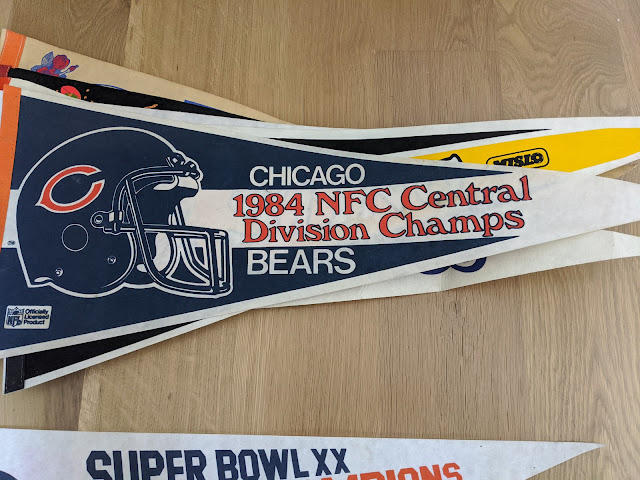 Next up is this NFC Champions pennant that calls out Super Bowl XX in the Louisiana Superdome in New Orleans on January 26, 1986.  But, I'm pretty sure that this one was printed AFTER they won the Conference Title game and BEFORE the Super Bowl. 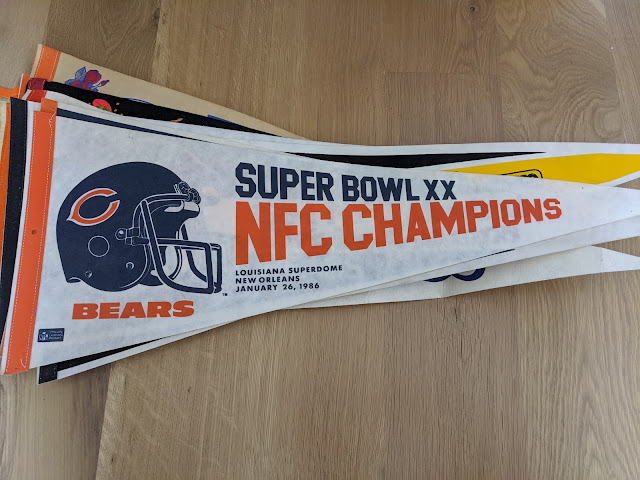